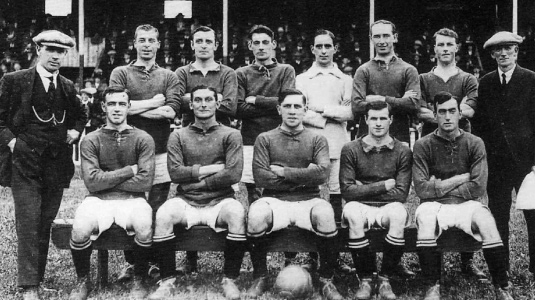 Earlier this year, the SDRC’s very own Living with Dementia theme lead, Professor Debbie Tolson, contributed a blog to the Scottish Funding Council’s website on Football Reminiscence. We are delighted to share this blog with you below.

The discourse of football is one of the most ubiquitous in Scottish society: present every day in newspapers, radio and television. Football remains a key topic of conversation among men bridging both age and class divides, and provides a topic through which they engage with many aspects of social life.

For that reason it’s particularly useful in managing the symptoms of dementia – a progressive condition that damages and kills brain cells; one of the most common symptoms is memory loss. The resultant confusion, personality and behaviour changes are socially isolating and distressing.

In 2015 it was estimated 90,000 people in Scotland were living with dementia, and this number is expected to nearly double by 2036, when it’s expected approximately 164,000 people will be affected. It’s a condition that’s more common in those aged over 80, but it can affect people much younger.

Despite ongoing research, there is no ‘cure’ for dementia-type conditions. So treatment focuses on managing the symptoms as much as possible to maintain quality of life for those affected for as long as possible.

For example, it’s widely recognised that structured reminiscence around a person’s life experiences can be beneficial in terms of stimulating interest, enjoyment and maintaining identity and self-esteem. Stimulating previous interests, such as football, is recommended for people with dementia as a means of enhancing quality of life and wellbeing.

Reminiscence makes intuitive sense for people with mild to moderate dementia who have capacity to access past memories. Evidence suggested improvements in quality of life, behaviour and communication could be gained through reminiscence.

The Football Reminiscence Knowledge Exchange Partnership Project, as our project was known, was designed to test this idea further. In 2011, we applied for funding in response to a joint SFC-Arts and Humanities Research Council (AHRC) Knowledge Exchange call, and were granted £79,500 to undertake a series of research activities.

Our interdisciplinary partnership comprised academics from the Glasgow Caledonian University and the University of the West of Scotland and clinicians specialising in the healthcare of older people, discourse analysts, experts in football & football heritage and Alzheimer Scotland a leading Scottish charity.

International interest in the therapeutic potential of football reminiscence also allowed our partnership to include a world-class medical researcher/geriatrician, the European Former Players Association (KS) and football cultural heritage experts.

We undertook a range of activities under three broad themes – information gathering and sharing, development and evaluation of implementation projects and resources for future research.

People with dementia and their family or paid carers were invited to share their footballing stories, show personal memorabilia such a photographs, tickets and so on and with the help of club historians explore connected memories and club history.

Researchers worked with participants to capture snapshots of these oral histories providing content to build ‘memory cubes’, supplemented with additional social history, that could be shared with the public and to help bring the oral history to life.

So what came of this project?

There are now over 100 community based football reminiscence groups in Scotland.

Following on from the original AHRC funded project, the University of the West of Scotland team obtained funding to pilot football reminiscence in care homes in Scotland and in four Spanish cities associated with major clubs funded by the Spanish Vets.

This cooperative research helped us to understand more about the outcomes for individuals and viability for use in day hospitals and care homes and informed by this project we have published a model for practice.

So although it may seem obvious, I think the story of this project is a good example of the iterative nature of research, but also of the iterative benefits that can come from early funding to test new ideas.

This blog first appeared in the Scottish Funding Council website and was written by Professor Debbie Tolson, University of the West of Scotland – 17 Sep 2019. Thank you for allowing us to share this with the SDRC!

If you would like to read more blogs by the Scottish Funding Council, visit their website here: http://www.sfc.ac.uk